By: webmaster
In: Uncategorized
With: 0 Comments 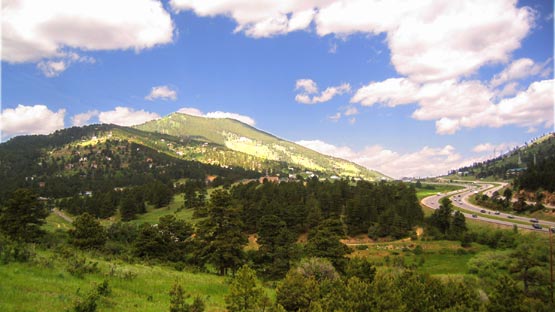 We wanted you to be aware of some information regarding the meadow at the base of our hill that will become more widely available in the near future. This summary was provided by Jim White and was reviewed by others participating in the recent get together.

As was reported at the last FHAPOA meeting, Al Frei, a Resident of Floyd Hill and his
family company bought the land in the meadow last October. A few people from the
community met with Al and his company’s In House Counsel on Wednesday afternoon,
March 4. Jim Cotsworth, Jim White, and Jackie Daoust helped represent the community
and the Open Space Commission. Al’s sister, Becky, was also there.

It was a very good, friendly meeting. The group seemed to get along very well. It turns
out that the Frei Quarry will be seeking a future amendment to the Quarry.. To do this,
they will have to go to the county and get a formal amendment to whatever documents
there are that specify what they are allowed to do. Al understands that there are some
people in the community who don’t like the way the quarry looks, and I think he is
anticipating some potential opposition. So he would like to have some community
support and is willing to collaborate on the Meadow to help defray concerns related to the
quarry. He is considering conservation of most of the meadow to do that. However, the
whole meeting went along at a much higher plane than just a transactional level. We were
all trying to get to know one another on a personal level, and to figure out something that
works for everyone.
We did discuss some additional possible uses for the meadow land (also known as the
Homestead and Snowy Ridge parcels).
One was that Al is considering allowing the school district to acquire about 5 acres next
to the school for a bus barn, in anticipation of the district selling their land in Idaho
Springs. Al wants to be a good neighbor to the schools as well as the rest of the
community, and I think he also wants the district’s support for his expansion.
Another idea Al put on the table was a possible minor development on the Commercial
(Homestead) property. He talked about something like a small market. Our response was
that we would not object to something like that in principle, but it would have to be
considered in the context of the residential character of the neighborhood, the traffic
congestion, and the availability of water.
Al also put on the table the idea of a road connecting to CR-65, across the meadow for
use be Floyd Hill residents. That would certainly help the congestion, and we responded
positively.
At this point, Al wants to keep his options open. We have no problems with that. He is
just in the beginning stages of formulating the Quarry amendment and contemplate
proposed uses for the meadow and want community input and collaboration, and having
this little meeting seemed to fit right in with what he is doing. We readily offered to help
him connect to the community. He said it was OK for Jackie to talk about the subject,
including the Quarry amendment plans, with the Open Space Commission. We are going to wait for Al to get the proposed Quarry Amendment plan formulated and
likewise continue discussions and input on proposed uses for the meadow, and then we
will let him call the next meeting. Depending on where he is at that point, we may
involve some more people, or we may just have a meeting of the five of us to help decide
who else should be involved next, and how that involvement should happen.
All-in-all, it was a very good meeting, and the tone was quite congenial. There seem to be
a lot of things we see in a common way, and that will make it highly likely that we will
work things out in a way that everyone is happy. We can probably feel better about the meadow than we have in a long time.

The meadow has been sold recently.